The Previous Dream, I, II & III

Since 1996 I write down my dreams carefully, each morning, with direct and uncensored writing. I have accumulated tens of thousands of pages. Starting by the series of artist book, The Previous Dream, is the reconstruction of the former dreams scene before awakening, through writing and collage. The diaries are written is Spanish, beginning with the date and the place where I woke up, starting in Santiago de Chile, April 1996 and ending in Paris, France, March 1999. Each book contains all the memories of all the dreams, for over a year, in continuity. During the creative process, the challenge is how to represent these images. The structure of the book allows to combine randomly its parts: upper, middle and bottom, allowing voluntarily the viewer, to rebuild infinite images. There are potentially 2683 pages per book. 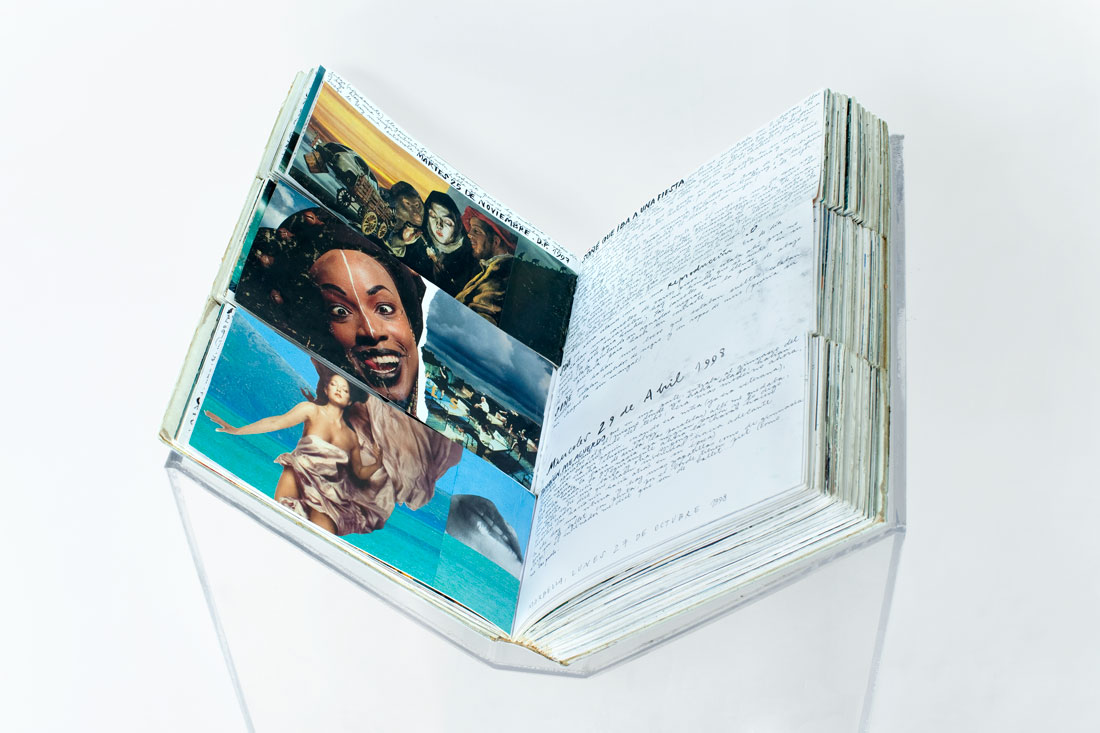 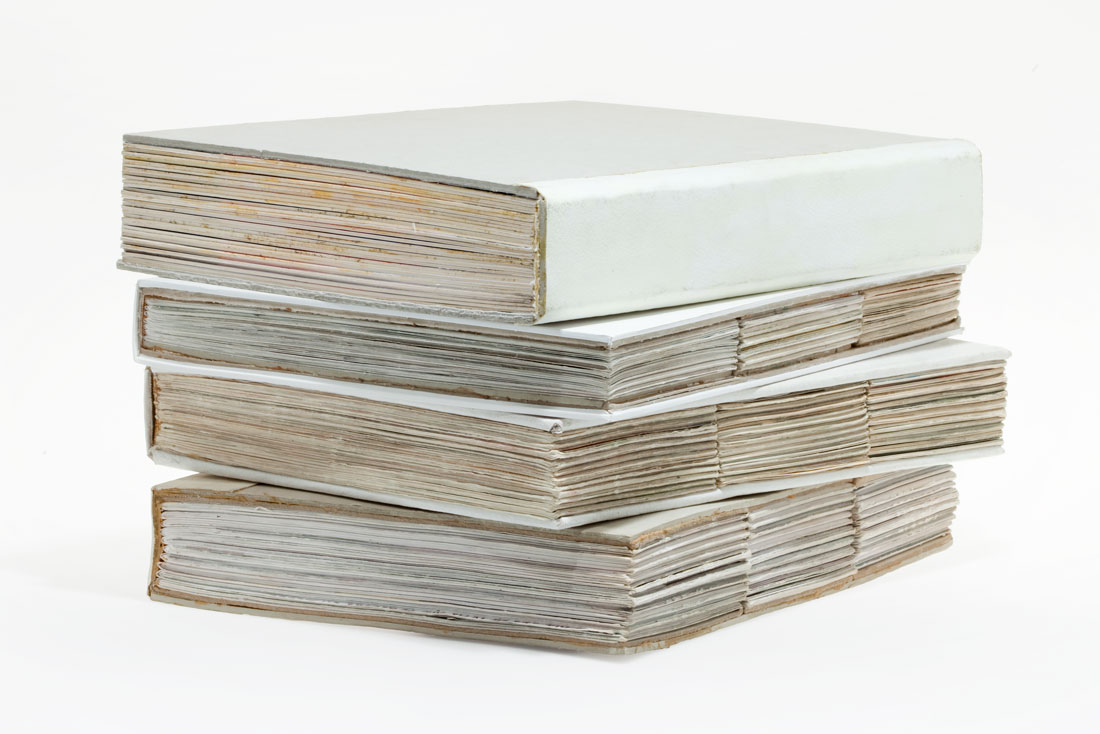 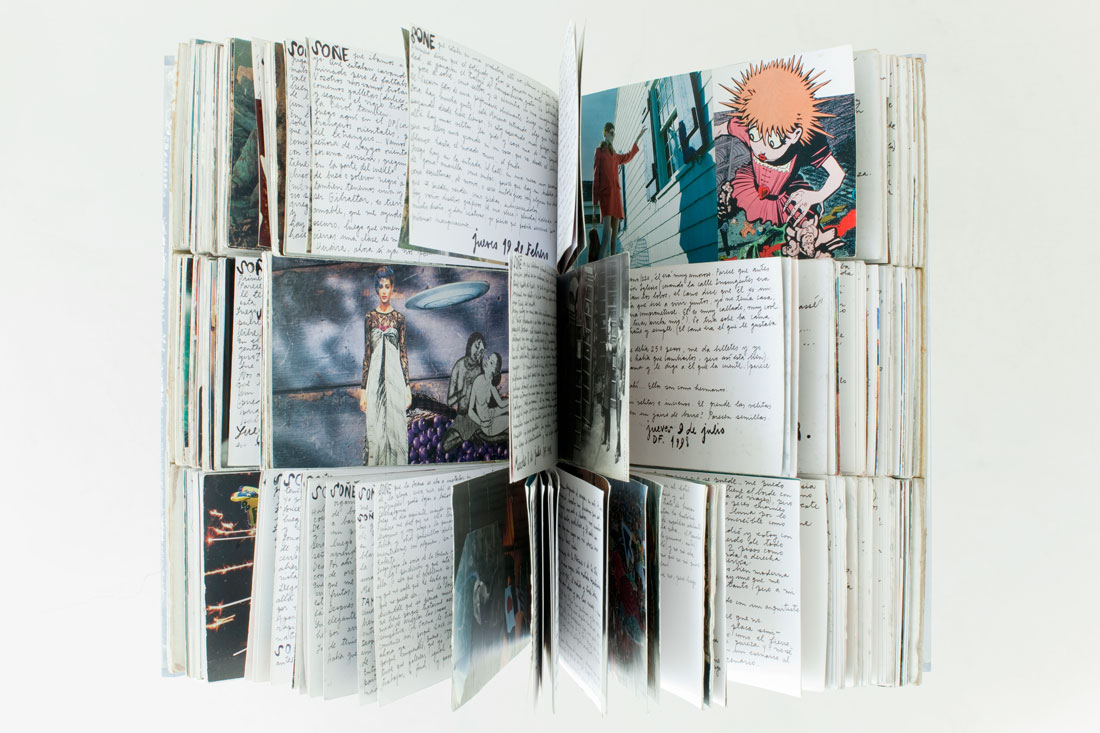 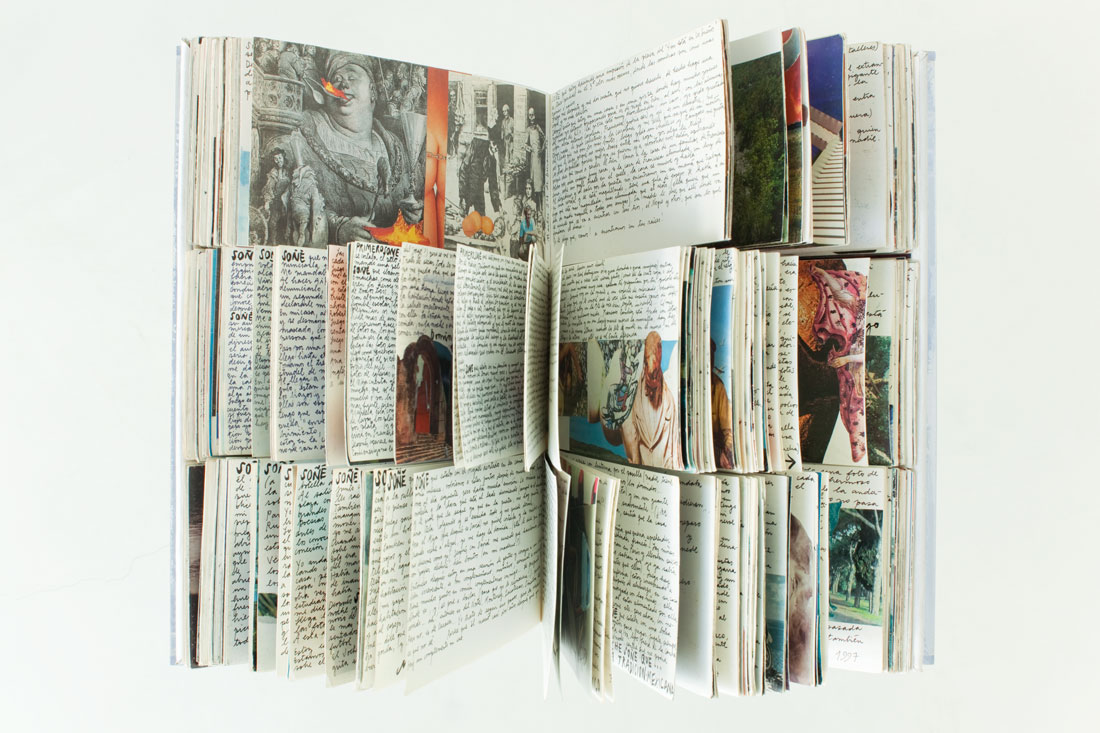 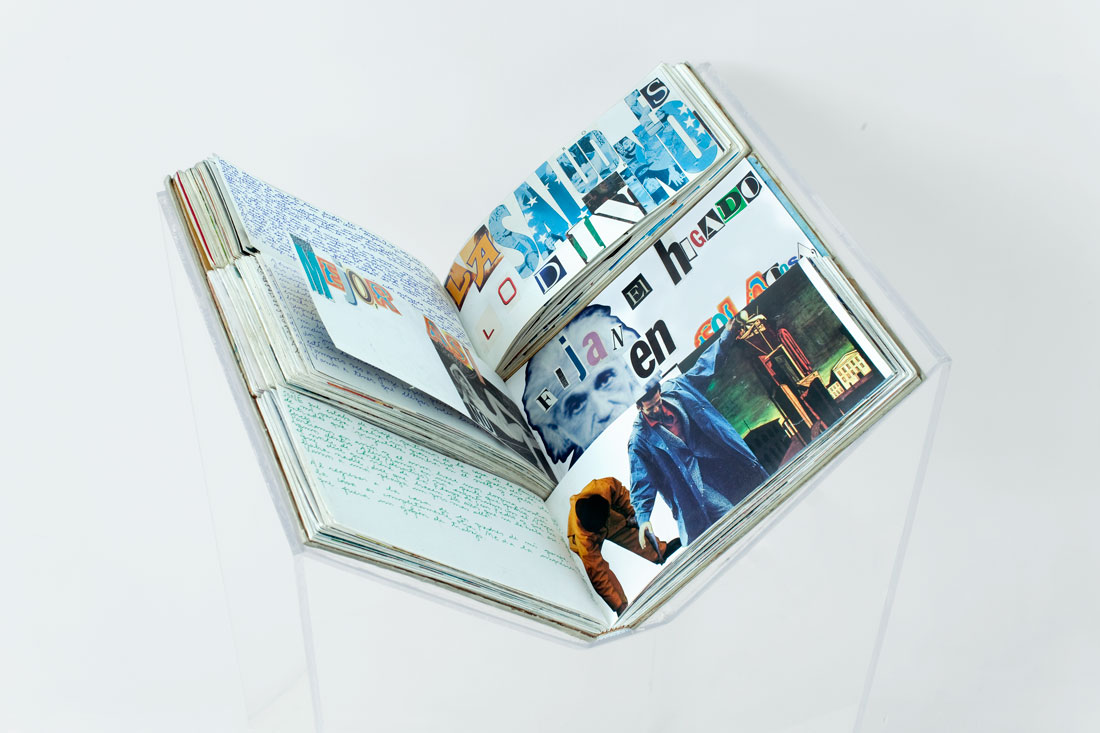 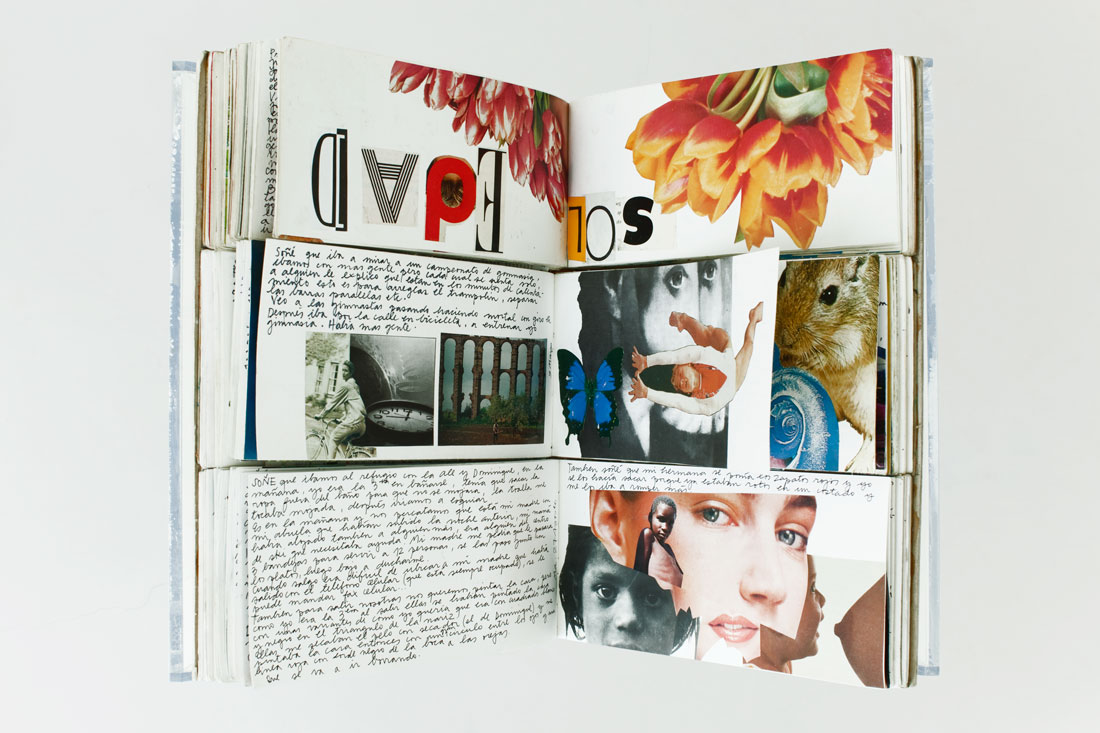 Daily Work in The Painting Studio

Is the paper-book of my art practice for over 11 years, from my own perception of space and the interaction with the real world. It is composed by intimate landscapes, contemplative and ephemeral, anchored in traces and tangible media : notes, lists, maps, drawings, paintings, collages, different styles, textures and colors, are witness of the trip in the concrete world of the materials. The construction of the book, in three parts -bottom, middle and upper- is influenced by the series of books The Previous Dream (1996-1999), biological time lived, restored and some images can be interspersed. It together, they complement the cycle of day and night, two interdependent description lines. 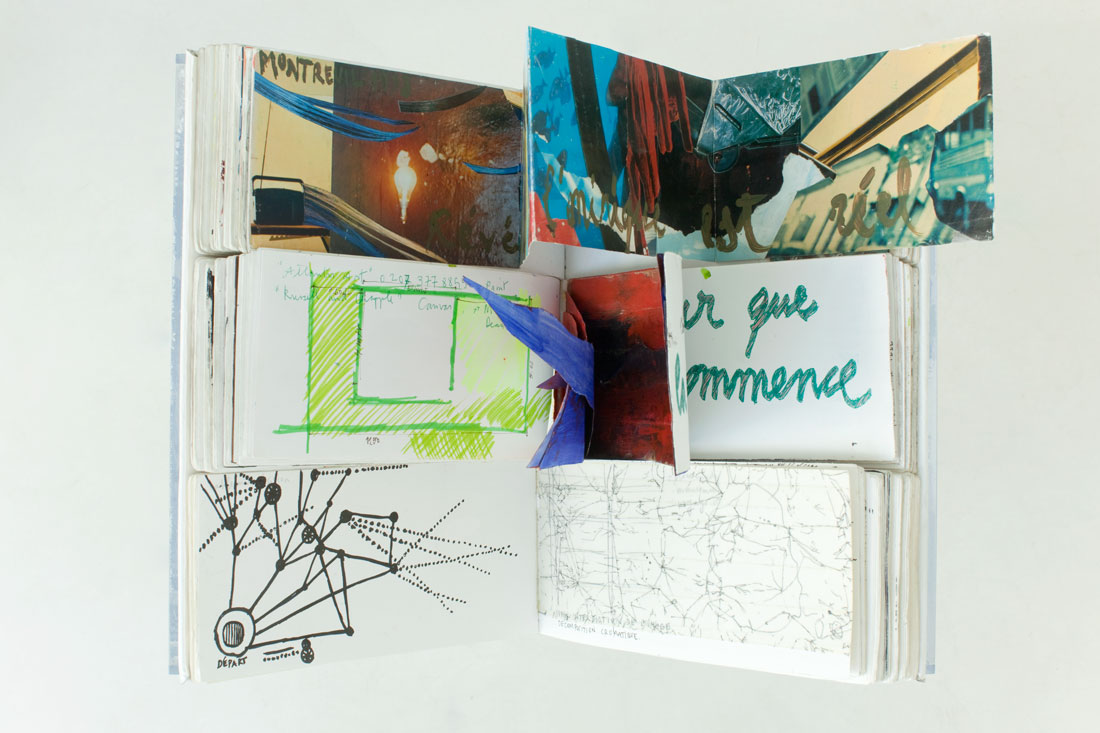 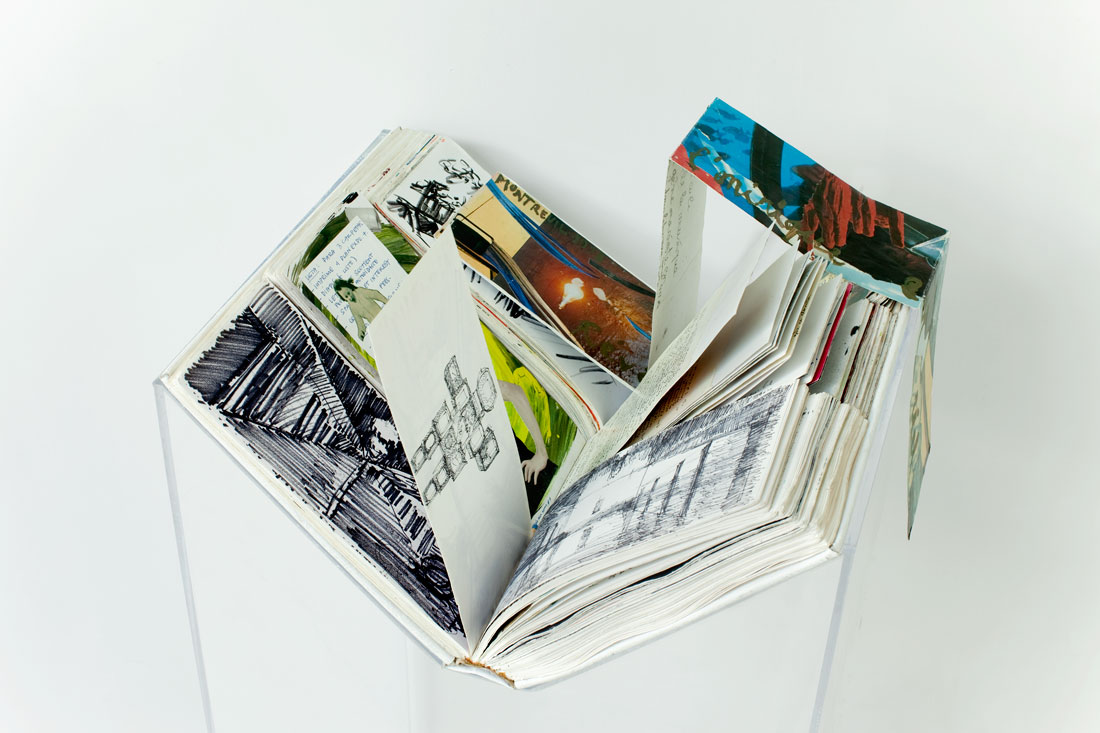 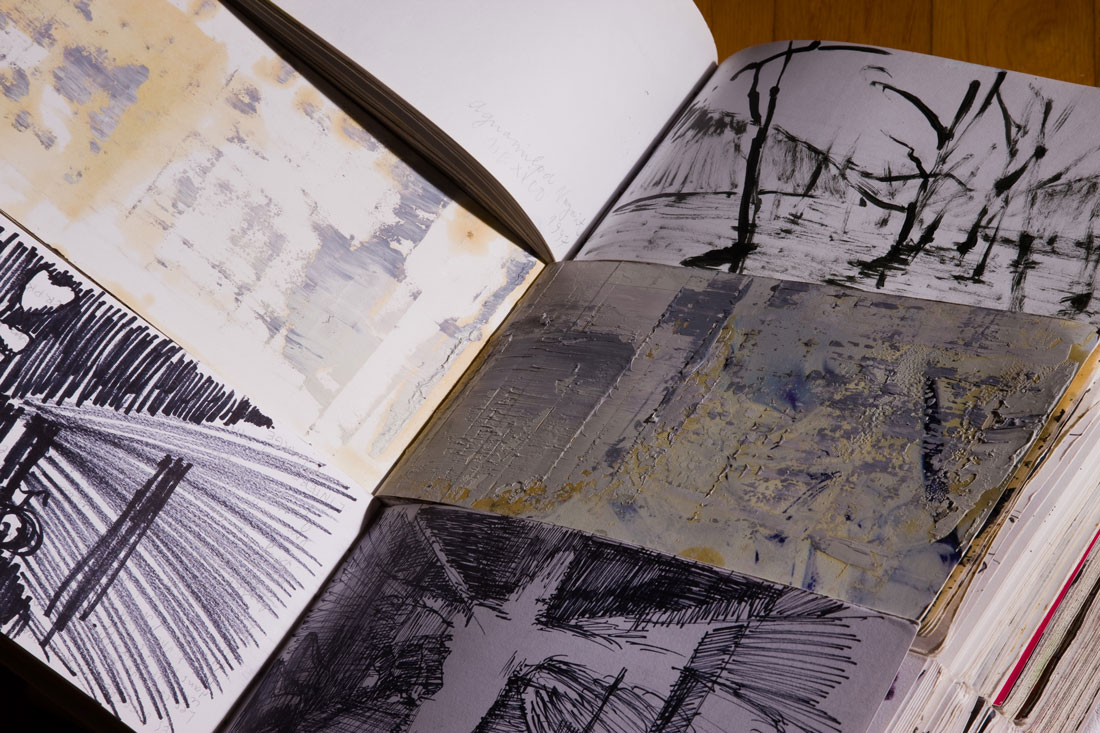 Convenes a symposium questioning the effectiveness of current technological means for the representation of dream and memory. Confronting them with my own subjective approach. Describes the function of a polysomnographic registry and the test P300, both revealing images from the mind, traces of cognitive processes and consciousness. Different tools from the artist, the narration of a dream, the stories of my diaries. The meeting transpires the multiple gaps in the representation and integrity of the experience of dreaming. Its need to be overcome in order to orient the truth is the dawning commencement. 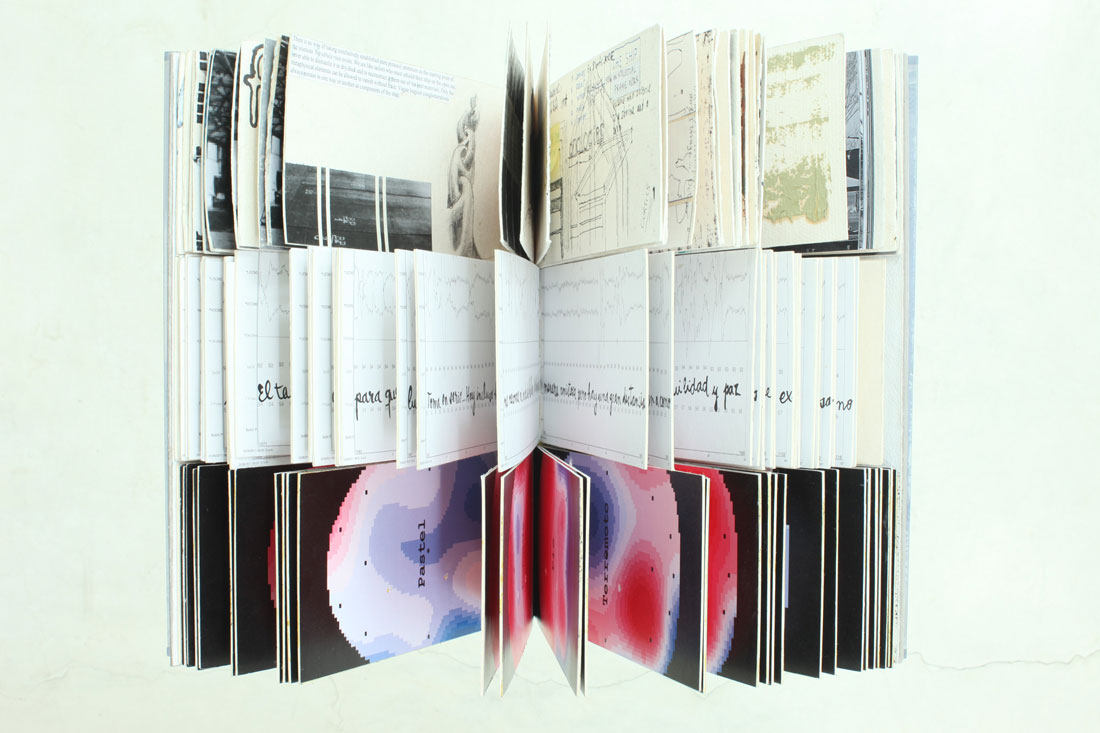 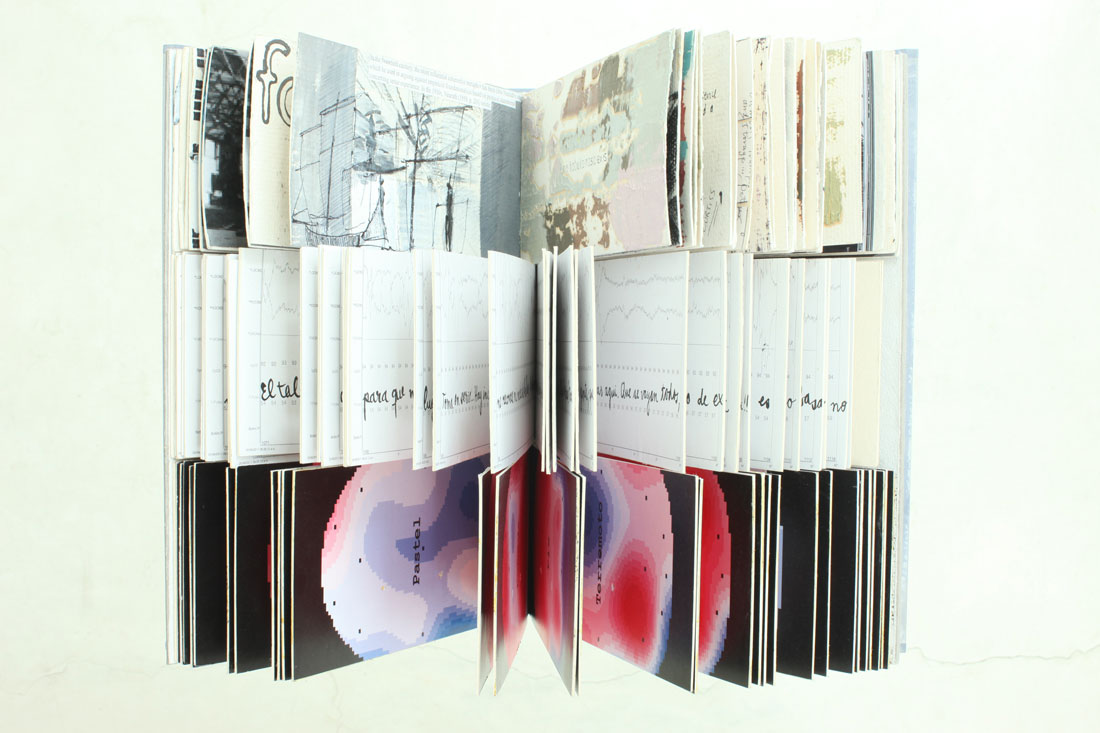 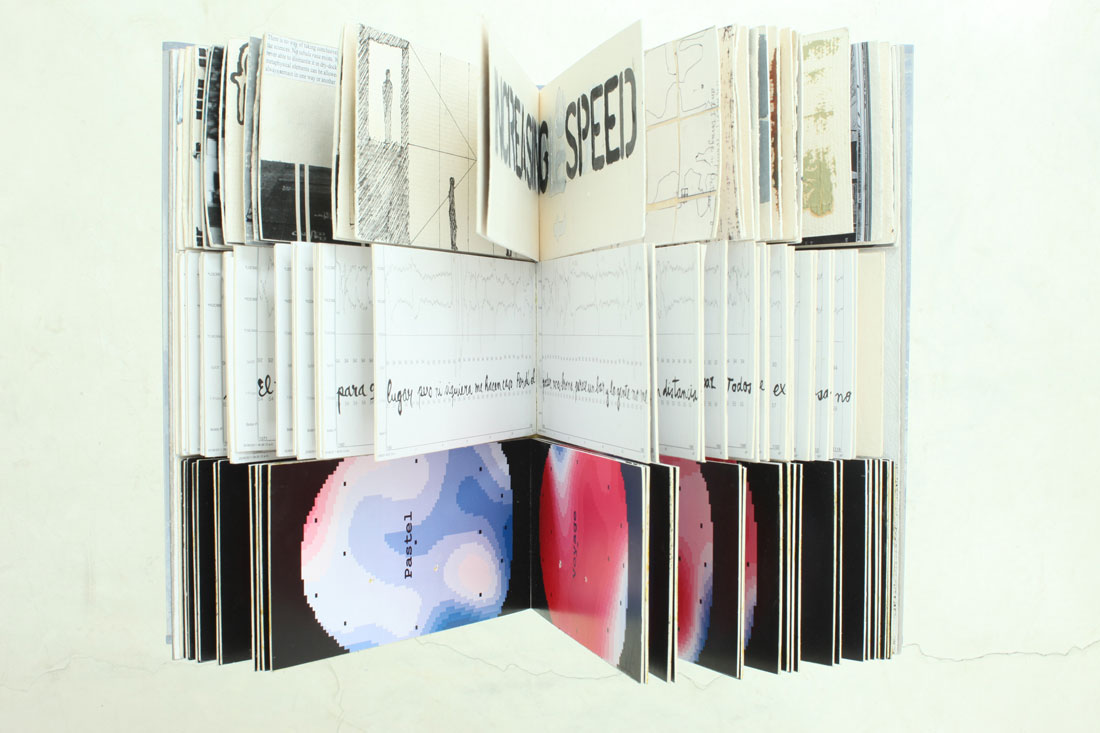 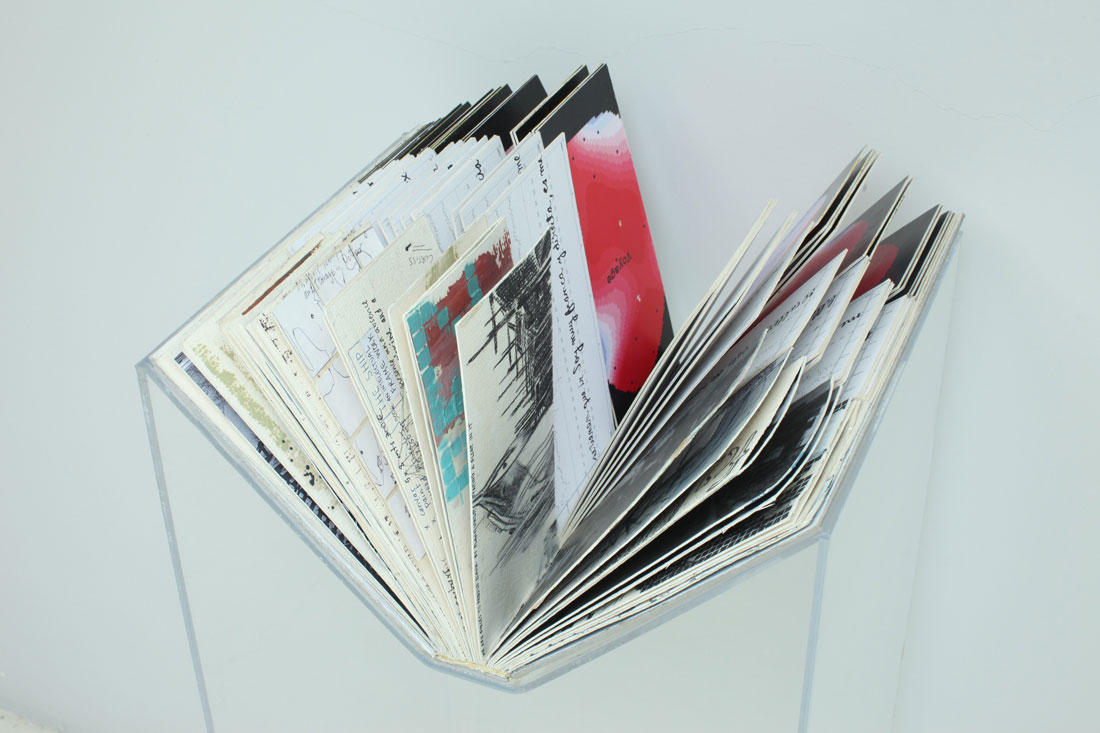