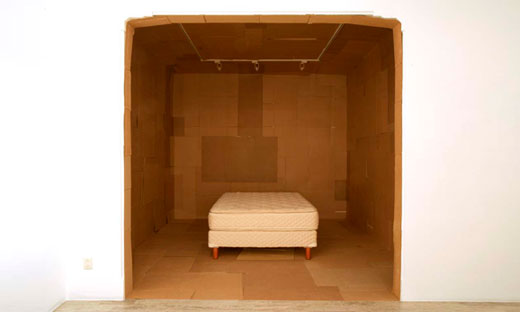 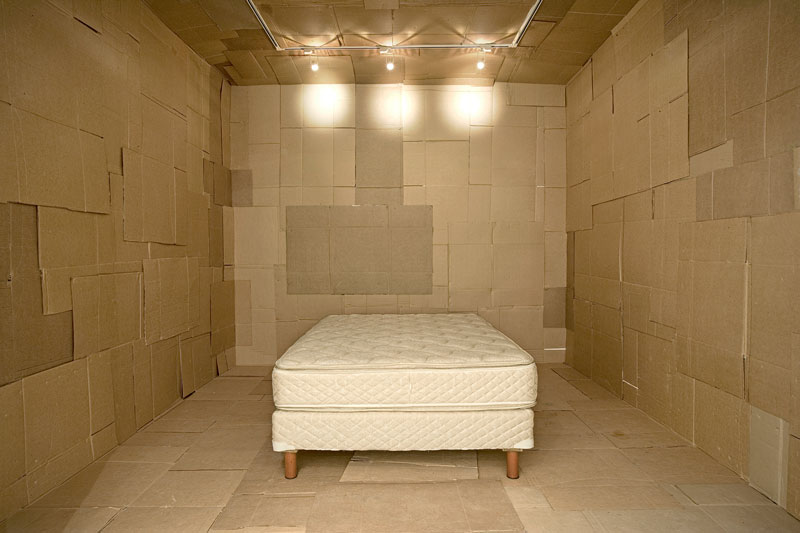 The protocolar writing becomes sound; and thus, thanks to it, there are always stories. However, the time which, compressed and silent during more than nine years, is solved finally in voices, tells us strange facts. Thanks to the multiplication of the voices and identities, of which the continuation is regulated by chance, the old (hurdy-gurdies) images regain their reality in a new way : they bring the temporality of dream to us, present time. Invisible, atemporal and impersonal, they gain in time and in space, carry further. We who listen to them understand : what is told by divergent people in various languages, could be our own dreams. If truth becomes tangible, in its individuality and multiplication, it remains nevertheless unattainable beyond the present experience, which leads to the border of possible experience.

The images, painted according to photographs' taken by of Webcam, try to capture one moment of this reality which is let touch only apart from the reality of the rational subject and its comprehensible language. If we share with Nathalie this play with reality and the unreal one, the bringing together and the distance, the determination and the chance, we gain, us also, a new prospect. As the work of dreams carries out a perlaboration of real events, as the nightmares deform reality, the image transformed into colors pastel announces a different reality; its fragile and dangerous beauty is shown, untouchable and fugitive, through fragments of this reality which lives us and surrounds us.

If, according to the famous word of Walter Benjamin, at the time of his technical reproducibility, the work of art lost its aura, Nathalie succeeds, by her meticulous work of rebuilding, in which pictorial art and documentary techniques cooperate, to reconstitute it : attentively, as a sign of its threatening loss.