The small format paintings also explore the relationship between image and reality. Open its own gap, where the sense of vision is emancipated from the common habit of perception, it is a break in the conceptual research. They are a diary, a sensuous landscapes and crossroads of emotions. Several of them restitute places, fleeting visions perceived from a train and captured by a camera during the daily journey in public transport. Its visible interference translates the effects of speed vision, energy and instability of what passes and disappears in one motion. The series promotes issues related to the idea of travel and city transit to the suburbs, from the inside to the outside and memory in search of evasion. It also introduces the dematerialization of painting and a growing interest in the virtual image. 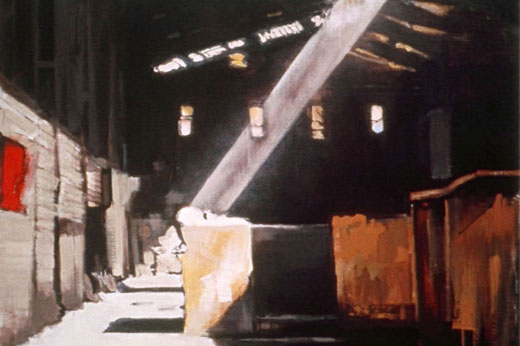 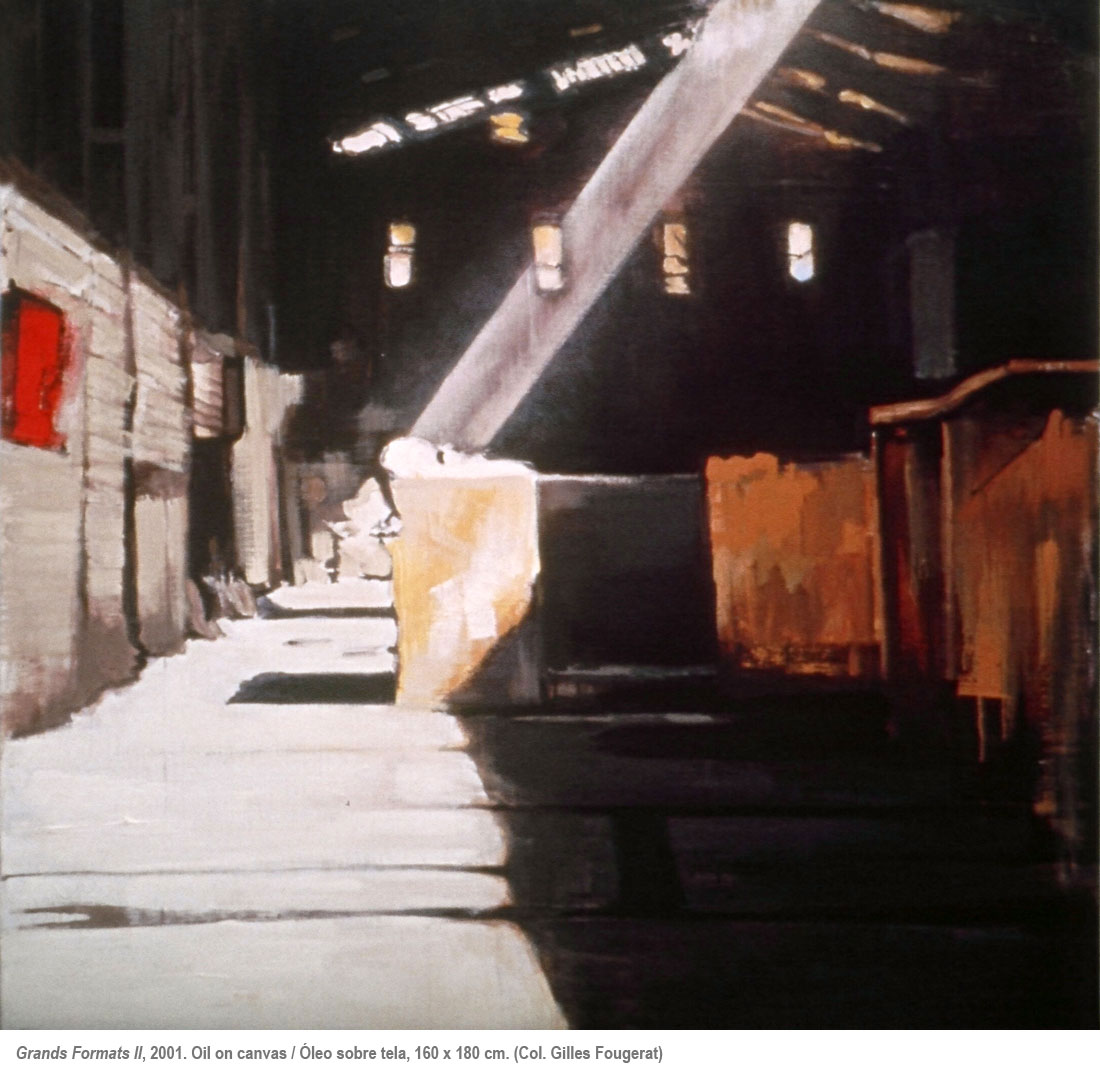 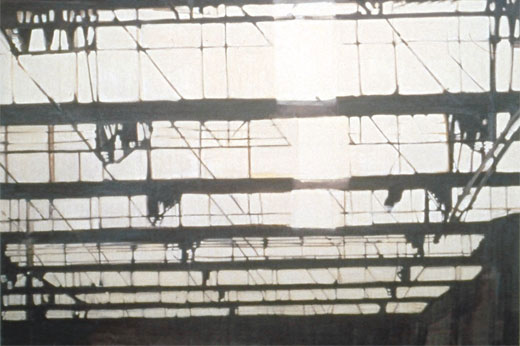 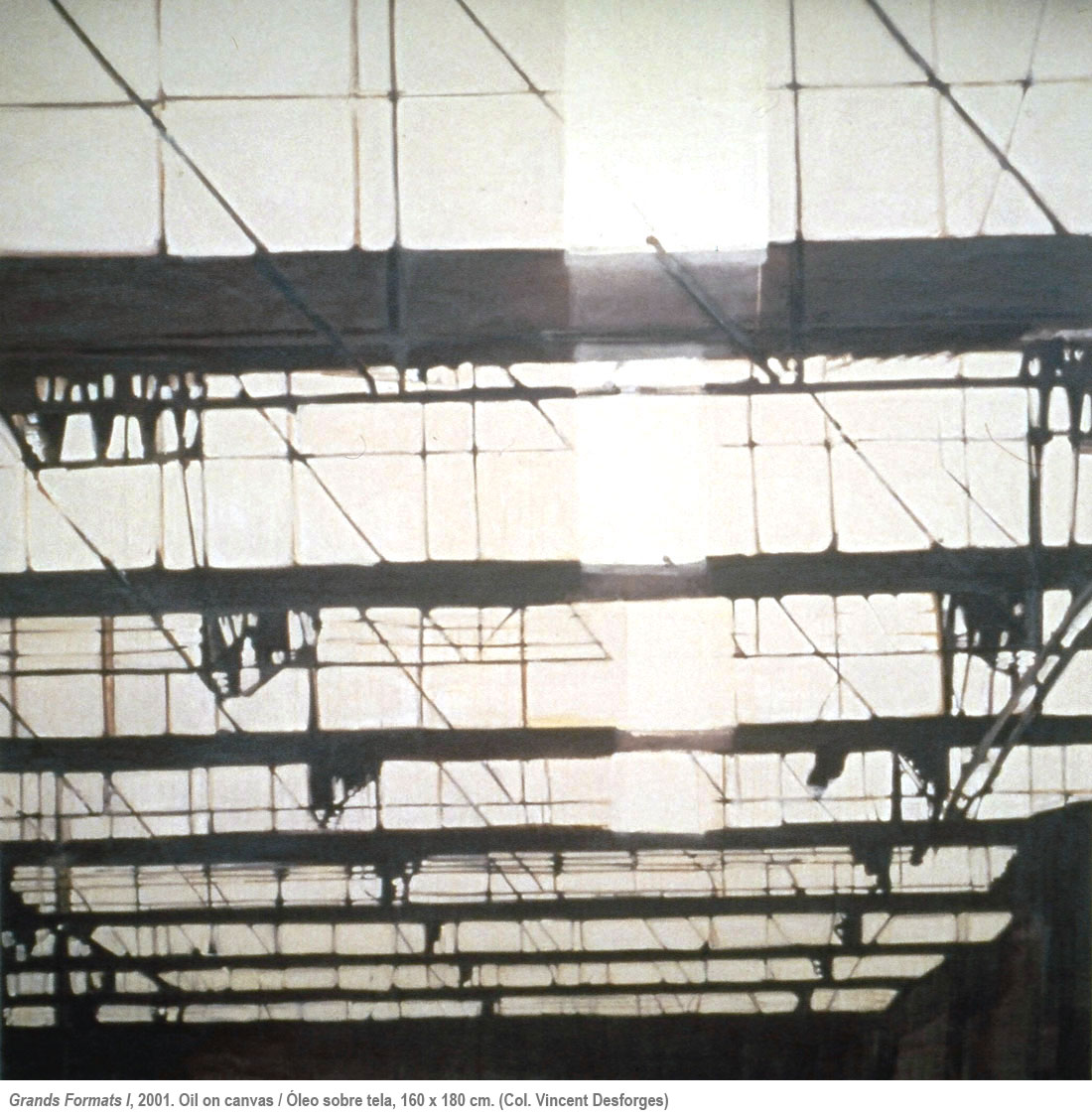 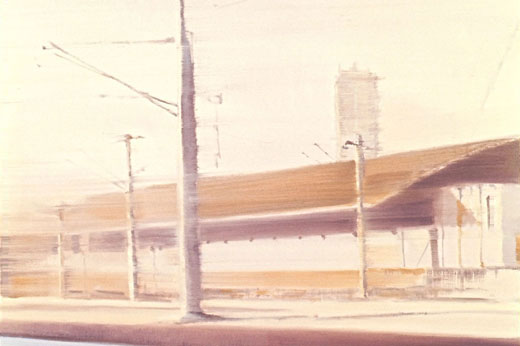 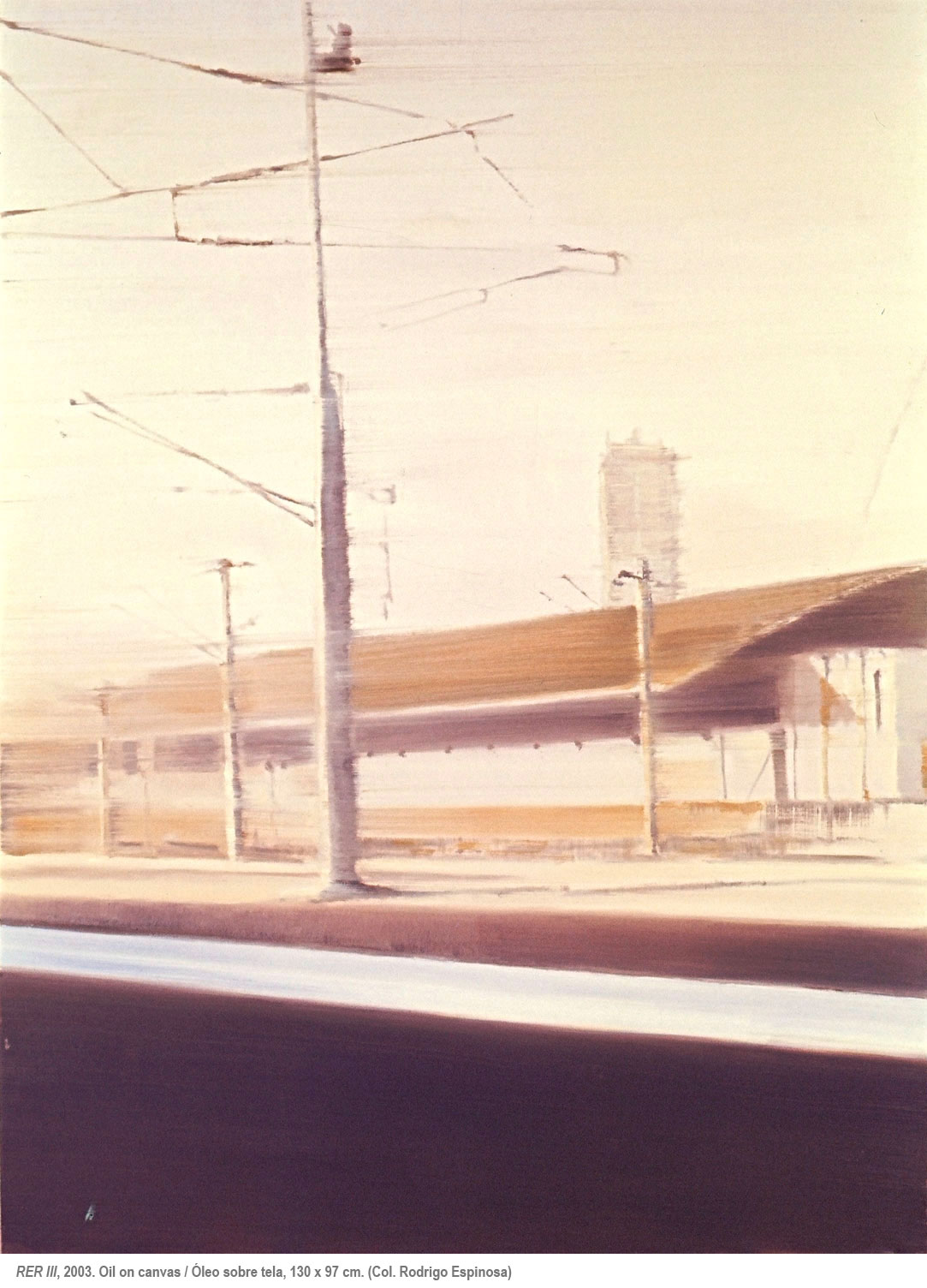 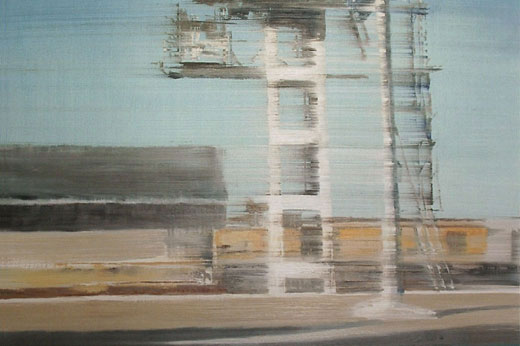 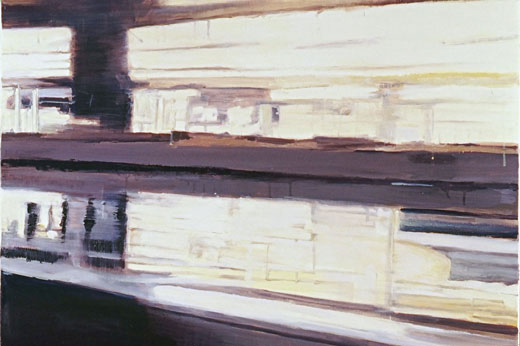 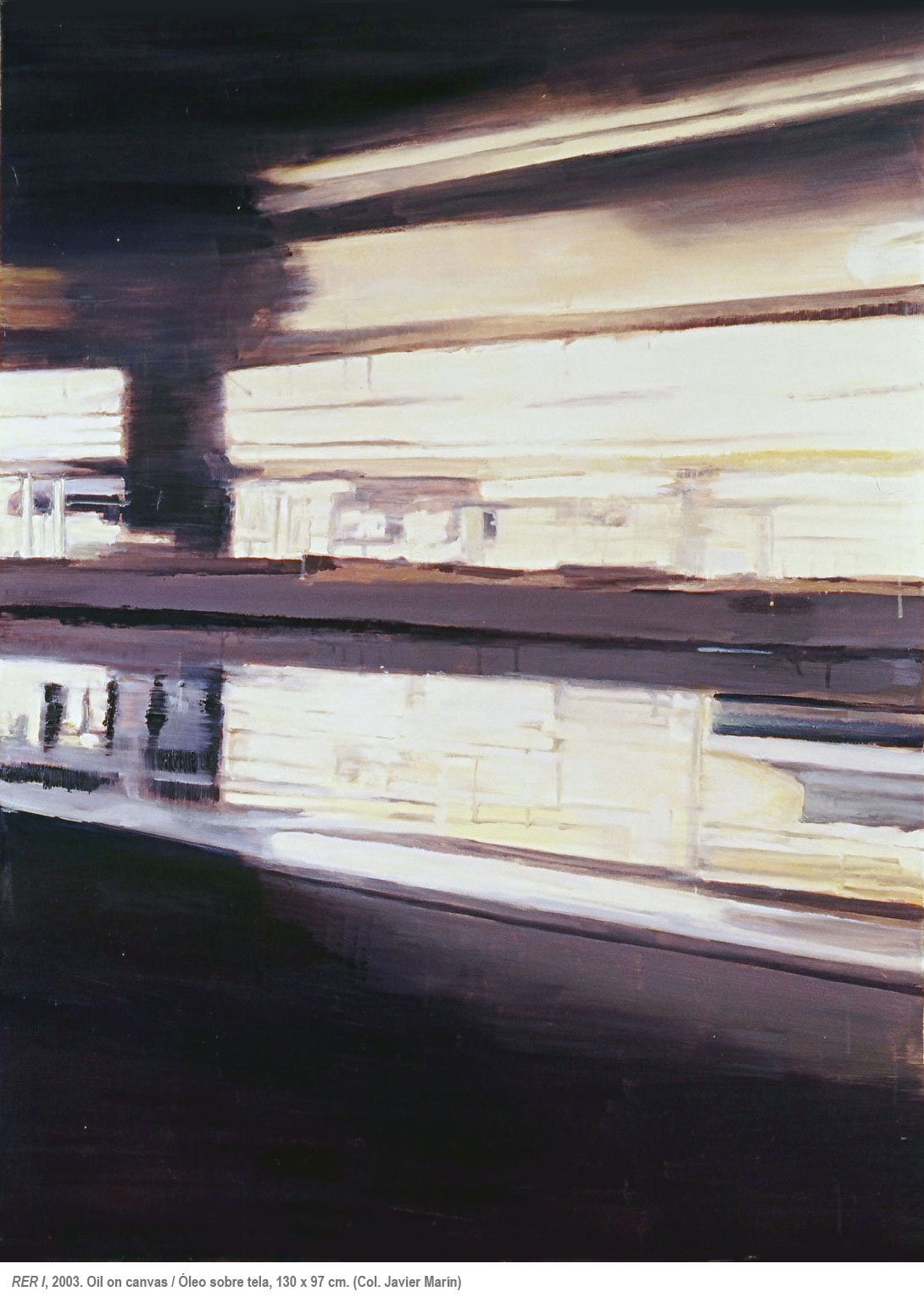 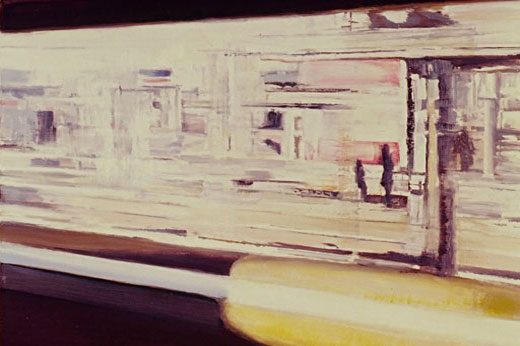 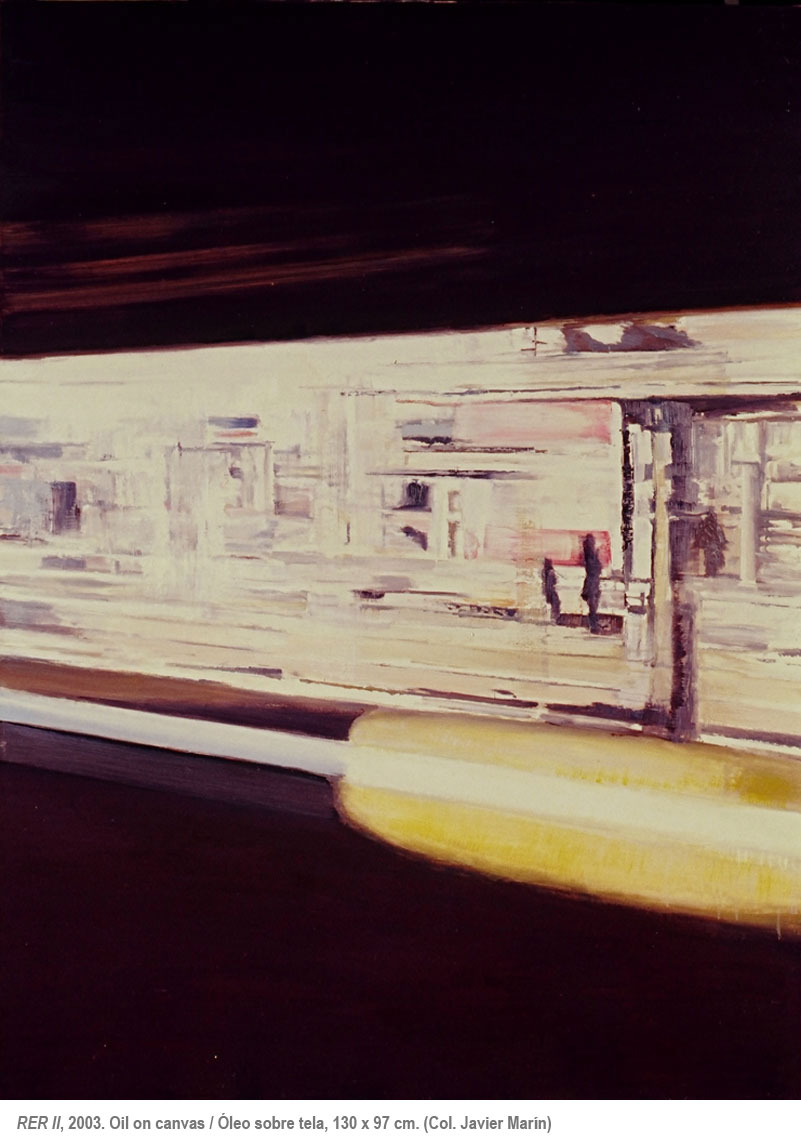 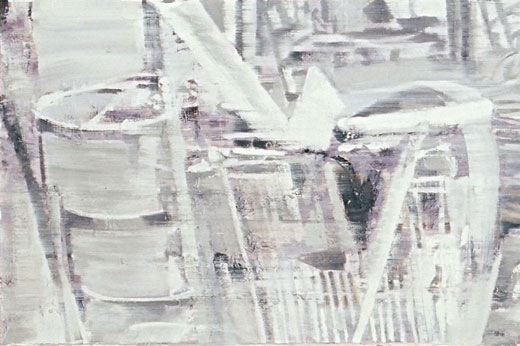 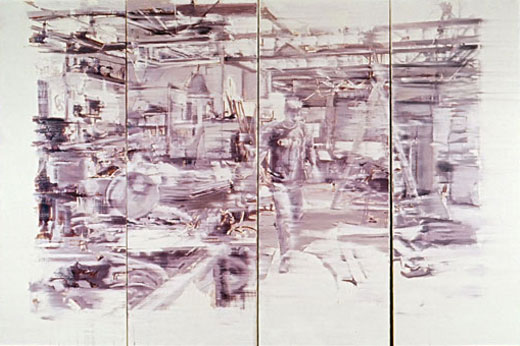 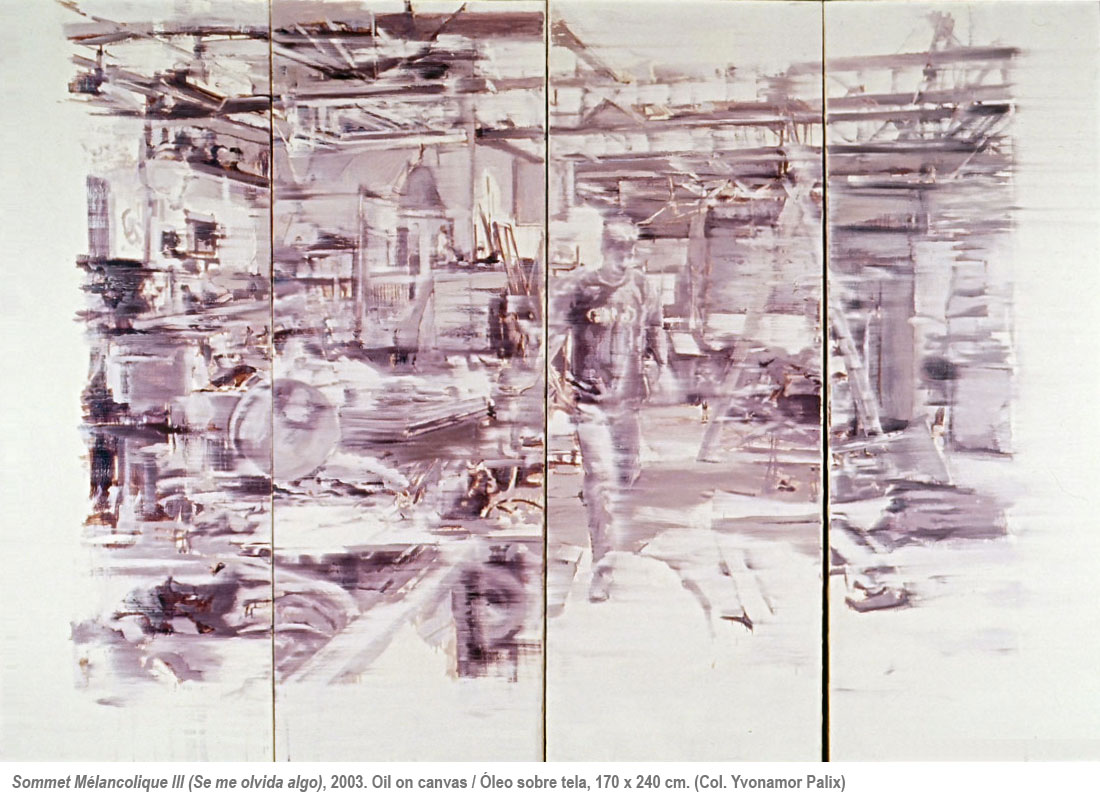 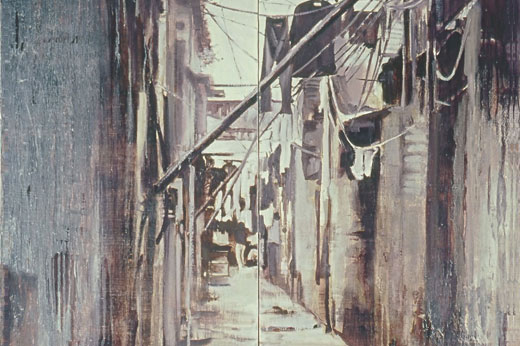 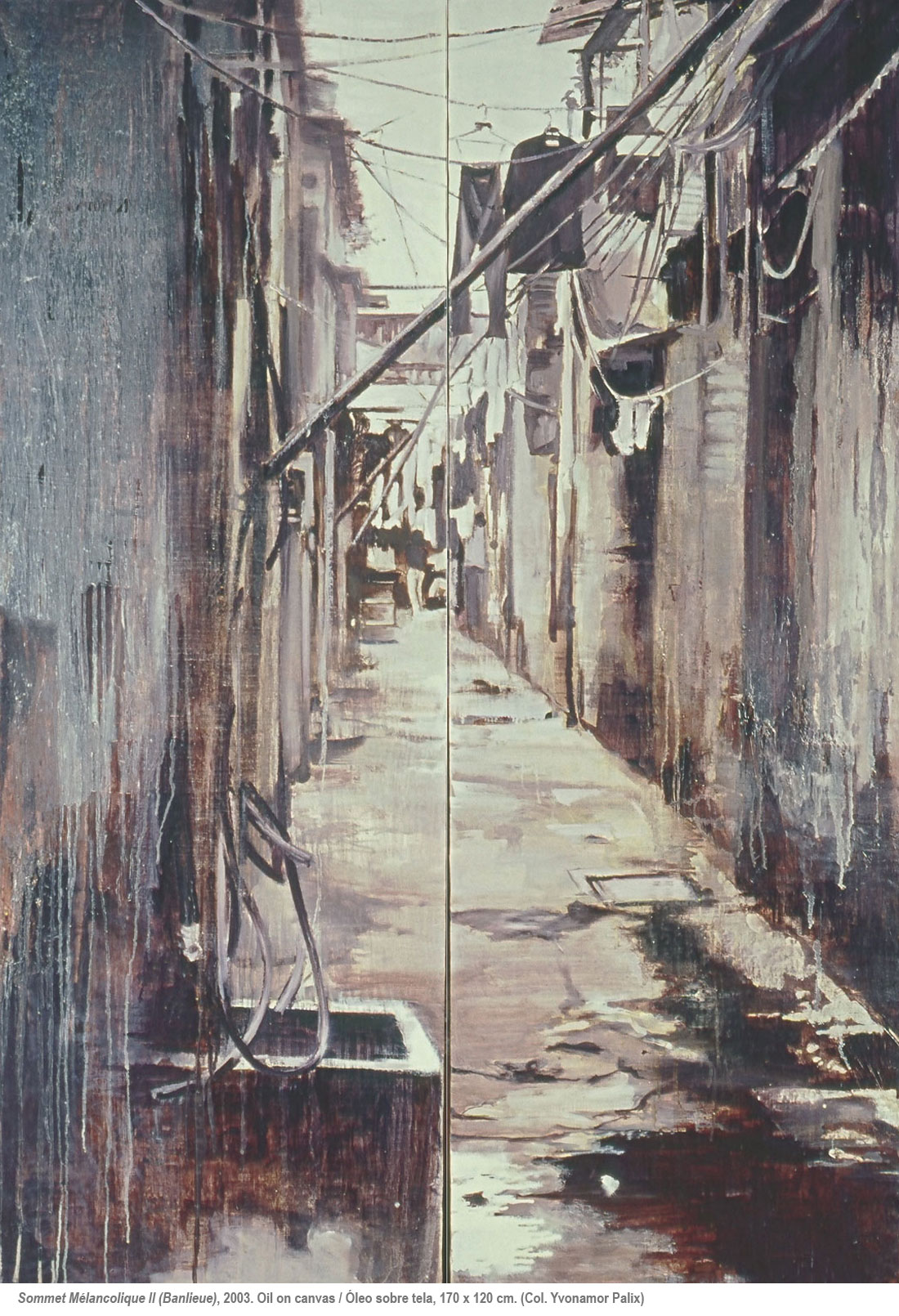 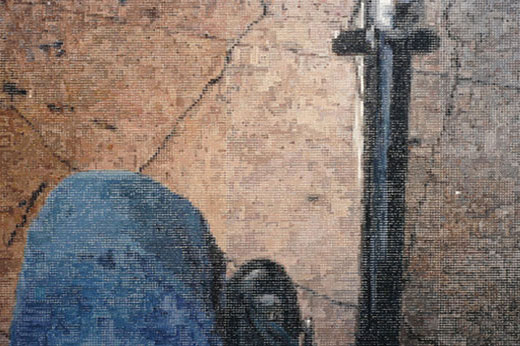 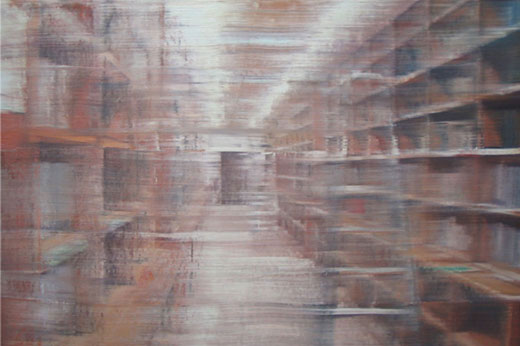 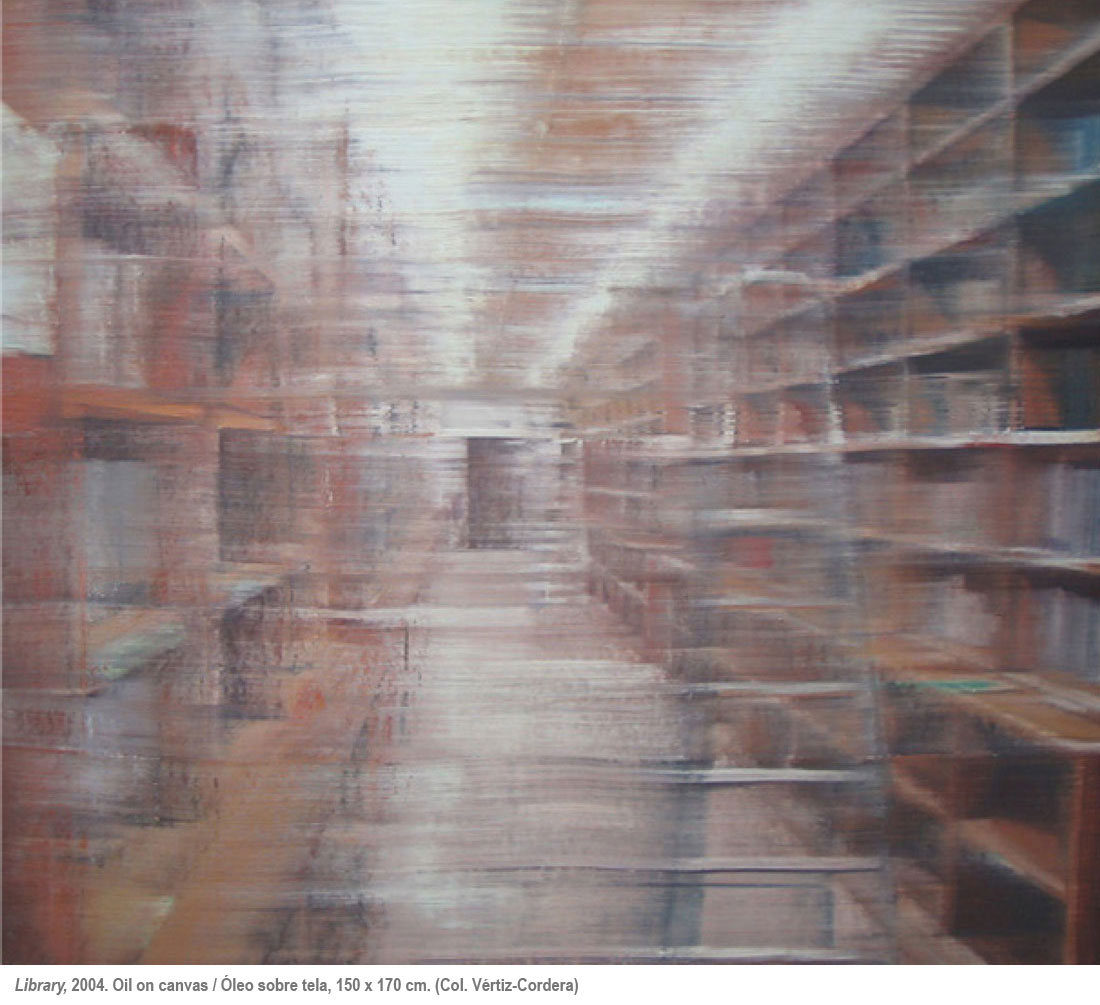 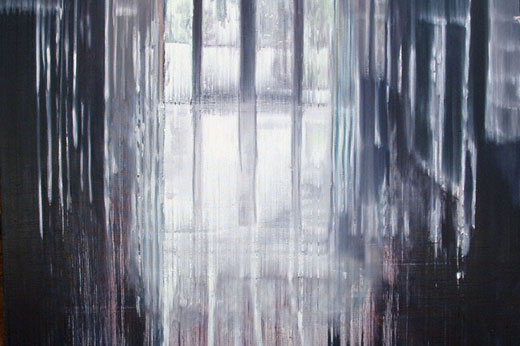 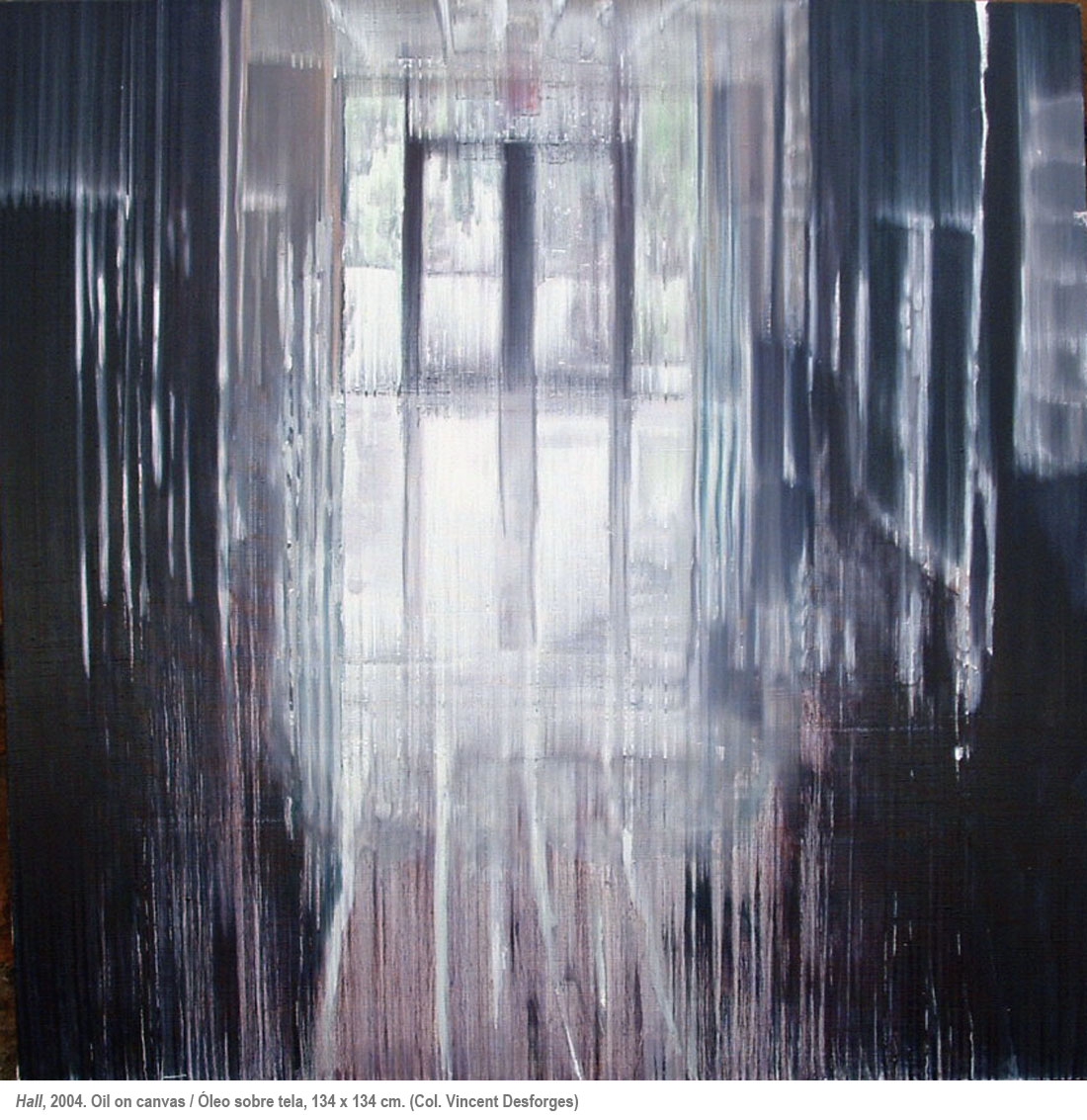